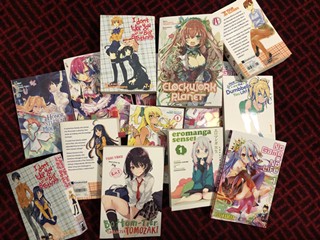 A collection of the books purchased by SA-BEST MLC Connie Bonaros.

ADELAIDE – Sickening child pornography material is being sold widely over the counter in popular Australian retail outlets, a special investigation by SA-BEST and Centre Alliance has found.

A range of animated movies and “comic books” showing sexually-explicit images of young girls and connotations of incest and rape involving minors are being freely sold in some of the country’s most popular retail outlets, and online.

The investigation found that some of child exploitation material has been reviewed and classified legal by the Classification Board - despite falling within the meaning of child abuse material under the Commonwealth Criminal Code Act 1995 which makes it illegal to both sell and buy some pornographic items – while other graphic material has not been reviewed and/or classified due to disturbing loopholes in current laws.

The SA-BEST-Centre Alliance investigation revealed the explicit child exploitation material is found in a Japanese form of animation called anime – both on Blue Ray discs and in Japanese “comic books” called manga.

The two forms of media share a unique visual style that is globally popular - especially among teens.

However, there is a sinister and sickening side to anime and manga with a significant proportion of the two media featuring child abuse material containing images of wide-eyed depictions of children - usually in school uniform – who are engaged in explicit sexual activities and poses, often being sexually abused.

Connie has written to all of the state Attorneys-General to alert them to the issue and requesting they take immediate action to stop the material being sold.

Connie said she felt “sick to the core” by the findings of the investigation.

“I am horrified that child pornography material is freely available in Australia despite clearly being in breach of the definition of child abuse and exploitation material under both commonwealth and state law,” Connie said.

“Even in cartoon/anime form, this is child pornography and the law in Australia is explicitly clear about it,” she said.

“Depictions and/or representations that appear or are implied to be of under 18-year-old children and are depicted in sexual poses or engaged in sexual activity or is a victim of torture, cruelty or abuse is child abuse material under both commonwealth and state criminal laws.

“Any retailer who sells such pornographic material is in serious breach of the law but probably is not aware of it given current laws are not being properly enforced.”

Stirling said a number of anime (animation) films containing child abuse material - such as rape scenes – had received classification by the Classification Board, allowing them to be imported and sold in Australia.

However, explicit manga (graphic novels) is currently not vetted by the Classification Board and is freely available due to the fact all film and video games must be submitted for classification, publications are only required to be submitted if they are deemed to be a ‘submittable publication’ putting the onus on distributors and publishers to determine what they should submit.

This is despite the Commonwealth Criminal Code Act 1995 prohibiting the sale, production, possession and distribution of offensive and abusive material “that depicts a person or a representation of a person who is or appears to be under 18”.

“Child exploitation is a global problem, heightened by modern technology and the myriad of platforms that are used to access such material,” he said.

“As legislators, we have a critical role to play in stamping it out. There is much more to be done, and areas where we need to focus more attention, such as the child abuse material that comes into Australia via Japanese anime and manga.

“Experts that advocate against child exploitation have referred to this type of anime and manga as a gateway to the abuse of actual children. Experts also say that explicit anime and manga can be used by paedophiles as tools to groom children.

“But the law in Australia is very clear. The Commonwealth Criminal Code prohibits the sale, production, possession and distribution of offensive and abusive material that depicts a person, or is a representation of a person, who is or appears to be under 18. It is unambiguous.

“I recently made a submission to the current Review of Australian classification regulation raising issues over the inadequacy of the current regime to deal with such abusive material but we can’t wait for the review to report, we must act now.

“The Board doesn’t seem to be following its own guidelines* properly.”

The SA-BEST-Centre Alliance special investigation found the shocking child abuse material is freely available in Australia – including in well-known electronics store and popular bookstores in Adelaide and Sydney – as well as online.

The investigation follows a trip Connie made late last year to Japan - regarded as the home of the manufacture and distribution of childlike sex dolls – where she heard disturbing accounts from people at the frontline fighting the scourge of child sex exploitation in that country.

Connie said her trip to Japan was an extremely productive and educative despite attempts to meet with the Minister for Justice being declined at the 11th hour.

“I was able to meet with several outstanding non-government organisations advocating against child sexual abuse, child abuse material and child sexual exploitation in Japan – which is a significant problem in that country,” Connie said.

“These remarkable women are working in difficult circumstances with absolutely no government funding and are up against a system that does not view child abuse material in the same way we do,” she said.

“They were left shocked when they heard about the extent of our robust child exploitation laws in Australia.

“They all welcomed assistance from external sources and were grateful that an Australian politician was keen to support them and assist in any way to achieve legislative change with respect to child abuse and child exploitation laws in Japan.

“They are desperate for pressure to be exerted on the Japanese government in order to bring about meaningful change because, ultimately, child exploitation knows no borders – and that’s what SA-BEST and Centre Alliance intend to do.”

Connie will return to Japan later this year to continue the dialogue with these organisations and attempt to raise her concerns with the Japanese Government.