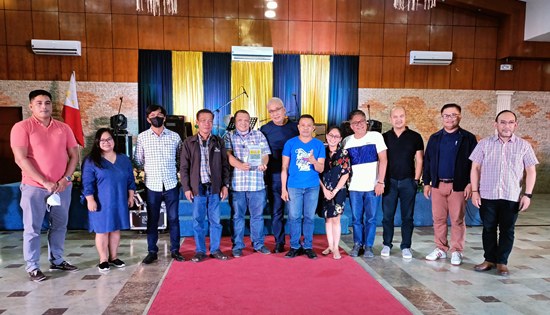 TACLOBAN CITY – The Legal sector of the Department of Agrarian Reform (DAR) in Eastern Visayas was recently recognized by DAR Central Office for having the highest number of quasi-judicial cases represented before the DAR Adjudication Board (DARAB) in 2020.

Legal Division chief, lawyer Christopher Ryan Rosal disclosed that the plaques of recognition were presented to them by Agrarian Reform Secretary Bernie Cruz during the Strategic Planning for Legal Processes, Knowledge-Mapping on DAR Administrative Order No. 1, series of 2021, Legal Templates and Finalization of Resolution of Cases held last month in Talisay, Batangas.

According to Undersecretary Luis Meinrado Pañgulayan of the Legal Affairs Office, Eastern Visayas made a total of 2,756 representations in quasi-judicial cases in 2020 topping other regions. It was followed by Central Visayas with 1,725 and Central Luzon with 1,482.

Rosal shared that this is the second consecutive year that DAR Eastern Visayas ranked first in this category.

He gave the credit to the legal officers throughout the region who are eager to represent the farmers in their cases before the DARAB. They have the heart to help the farmers, he stressed.

Rosal also thanked the legal chiefs of the DAR Provincial Offices for their support and cooperation in attaining a zero-backlog for the region at the end of the year.