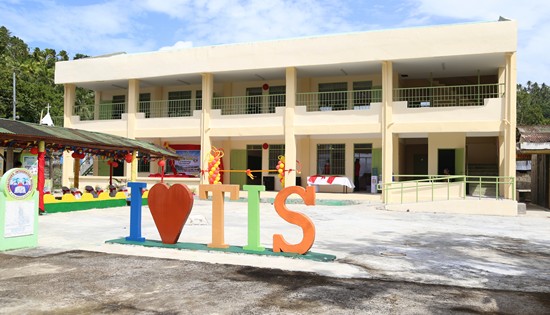 The Marcos-type building was replaced by this new school building that will be occupied by Kindergarten, Grades 1, 2 and 3 with a total of 95 pupils and four teachers. For over 15 years, said Ma. Richel Caber, Property Custodian of Tomaligues Integrated School, Tinambacan District, this building has been reported for condemnation and removal because it is risky for students and teachers alike which is not fit to be used as educational classroom.

School Head Nova Gaspan stated that they really lack school buildings due to the number of students enrolled in TIS but now that this building is ready to be used, there will be enough classrooms for enrollees. She further said that, “this will be in preparation to our application for Senior High School, as it is our target for the next year or school year that we will be having our Senior High School because we already have three vacant classrooms”.