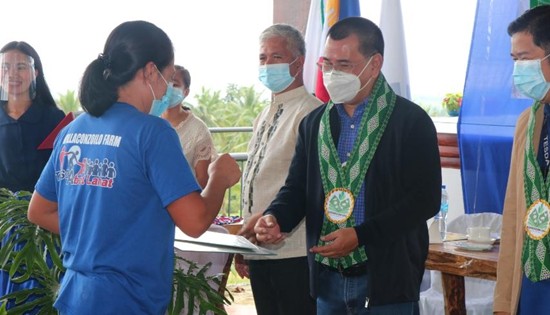 The livelihood training the former rebels have completed is the Landscape Installation and Maintenance (Softscape) NC II.

The graduation was held at the Villaconzoilo Farm School, Barangay Villaconzoilo, Jaro, Leyte on January 20, 2021.

TESDA Regional Director Gamaliel Vicente Jr. congratulated the graduates and hoped that more rebels would enroll for them to gain skills and later have jobs, which are beneficial for their families.

“TESDA is in full support to former rebels in providing livelihood training opportunities in pursuit of peace,” Dir. Vicente said.

Leyte Governor Leopoldo Dominico Petilla said the local government units are offering livelihood training to bring the government closer to the people and encourage rebels that some programs and services await them if only they return to the folds of the law. He added that skills training is a venue for more rebels to address poverty in their families and communities which is one of the socio-economic issues being used by the NPA to lure and recruit individuals in the region.

A former rebel, who introduced himself as Jade said that he is thankful for the government's intervention. He was not only given the chance to live peacefully with her family but was also given livelihood.

Among the graduates, Jade was ranked as top 3 and received awards as best in indoor gardening and best in dish gardening.

The 802nd Infantry Brigade Commander, Brigadier General Zosimo A. Oliveros who facilitated the surrender of some former rebels pledged to work and encourage more NPA surrenderers to sustain the gains of peace and development in the province. 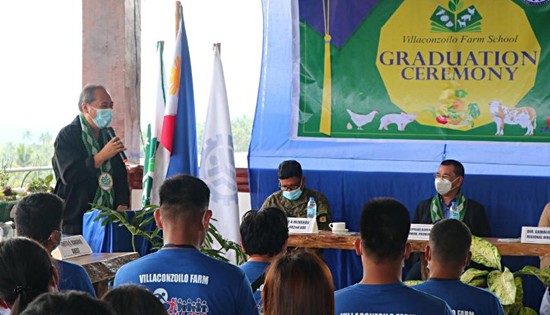 More News:
ICRC and RCM celebrates the entry into force of the Treaty on the Prohibition of Nuclear Weapons
CARD Bank opens branch in Tabaco City
EV closes 2020 with 2.4% inflation rate
Why do we need to be baptized?
Gov't troops repel CTG’s intents to sow havoc during Christmas time in N. Samar
© Copyright 2013-2021 Samar News.com Mobile