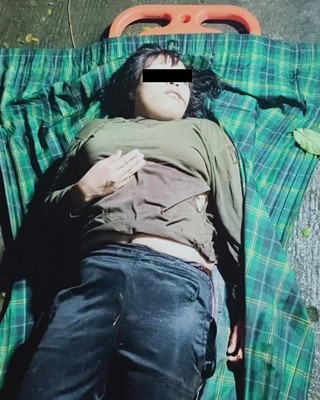 The attending physician declared her dead when brought to the Kananga Municipal Hospital, where the troops rushed her in an attempt to save her life. She sustained gunshot wounds in the body that caused her death.

Bacalso was among the undetermined number of CPP-NPA terrorists who attempted to ambush a team of soldiers patrolling in the area. The soldiers were deployed to check reports from local residents on the presence of armed persons who were suspected to be communist terrorists.

Captured from the encounter site were one Austrian-made Glock pistol, one bandoleer for M16 magazines, one magazine for M16 rifle with 29 pieces of caliber 5.56 ammunition, one backpack with personal belongings, one cellular phone, four hammocks, four poncho tents, and documents with high intelligence value.

It can be recalled that in the aftermath of the first armed encounter between 93IB troops and the same marauding CPP-NPA band led by a certain Juanito Selleza alias Tibor, the 802nd Infantry (Peerless) Brigade, 8ID, PA posted in its Facebook Page photos of a certain Ruth alias Justine who was identified as a member of the engaged communist terrorist group.

The 802Bde appealed to the public then for help in locating her family in Samar Island or elsewhere in Eastern Visayas in a bid to rescue her from the CTG that deceived her into joining the armed struggle.

Facial photos taken from the remains of the female NPA casualty whom the police identified as Rochelle Mae Bacalso matched with the photos of Ruth alias Justine, which were downloaded from her Facebook account bearing the pseudo name of “Kenlyn Mark.” Three unmistakable moles under her lower lip confirmed her identity.

Brig. Gen. Zosimo A. Oliveros PA, commander of the 802Bde, reiterates his previous call for “the local CTG members to abandon the armed struggle and return to the mainstream of the society and become productive citizens.” 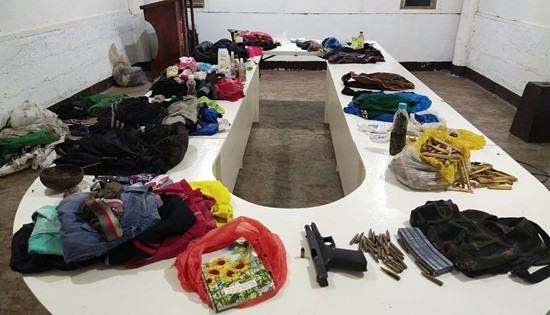