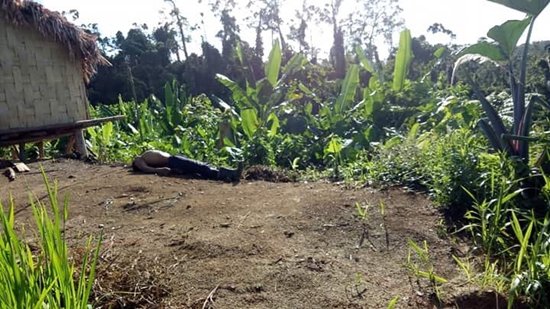 CAMP LUKBAN, Catbalogan, Samar – The troops of 46th Infantry (Peacemakers) Battalion, Philippine Army killed two members of the CPP-NPA Terrorists (CNTs) in a 25-minute firefight that transpired in Brgy. Canlobo, Pinabacdao, Samar at around 8:15 in the morning of March 11, 2020.

The Focused Military Operation (FMO) is in response to the report of the locals on the presence of more or less 10 members of the terrorist group under alias DALTON who were foraging and extorting in the area that resulted to a more or less 25-minute firefight. The firefight yielded to the killing of two members of the NPA and seizure of war materiel including one M16A1 rifle, one bandolier with magazines, one backpack, electrical wires, one battery, solar panels and two cellular phones. However, one military personnel sustained a gunshot wound that caused his death.

It is worth mentioning that on March 6, 2020, Salvador Nordan alias Badok, a notorious Communist NPA Terrorist Leader, was killed at Brgy. Guba, Catarman, Northern Samar, while on March 5 and 7, 2020, the 78th Infantry Battalion had a series of encounters with remnants of Front 42, Sub-Regional Committee, under Communist NPA Terrorist Leader Roberto Opo alias Resty/Migo/Lowie in Brgy. Pancho Villa, Sogod, Southern Leyte. The series of encounters resulted the recovery of one M1 Garand rifle, ammunition and food stuff.

“We will continue to conduct focused military pursuit operations through legitimate use of force against these CPP-NPA Terrorists (CNTs) that threaten the safety and well-being of the populace. The residents of Pinabacdao are already tired of the lies, abuse, deceptions, and extortions of these terrorists. It is unfortunate that the CNTs continue to endanger the lives of the locals causing injury to the utmost peace and living conditions of the whole community.” Lt. Col. Rhomel R. Langcauon, Commanding Officer of 46IB, remarked.